CIMAT marries a strong emphasis on scientific research with a concern for the training and educational formation of high-level human resources, the enhancement of mathematical competencies in society at large, and tackling problems where mathematical solutions can make a powerful contribution to the scientific and technological development, not only of Mexico, but the planet as a whole.

CIMAT is recognized both at home and abroad for its tradition of educational excellence and progressive scientific development, its areas of advanced mathematical specialization and its power to attract students from all over the world to come and develop their talents in one of the world’s foremost centres for mathematics and computing research.

Its main scientific fields are pure and applied mathematics, computer science, probability and statistics. Information on research topics and scope can be found at http://www.cimat.mx/en/research 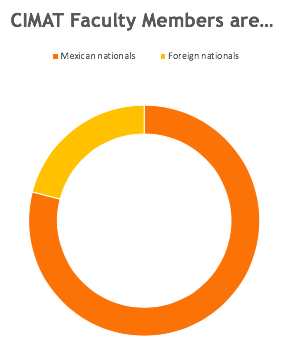 CIMAT Students are immersed in an atmosphere of cultural and scientific diversity, which is the hallmark of the center. The countries of origin of our graduate students enhance the international nature of our community, with students from Cambodia, Colombia, Costa Rica, Cuba, Ecuador, Germany, Guatemala, Honduras, Kenya, Nigeria, Rwanda, Spain and the US. 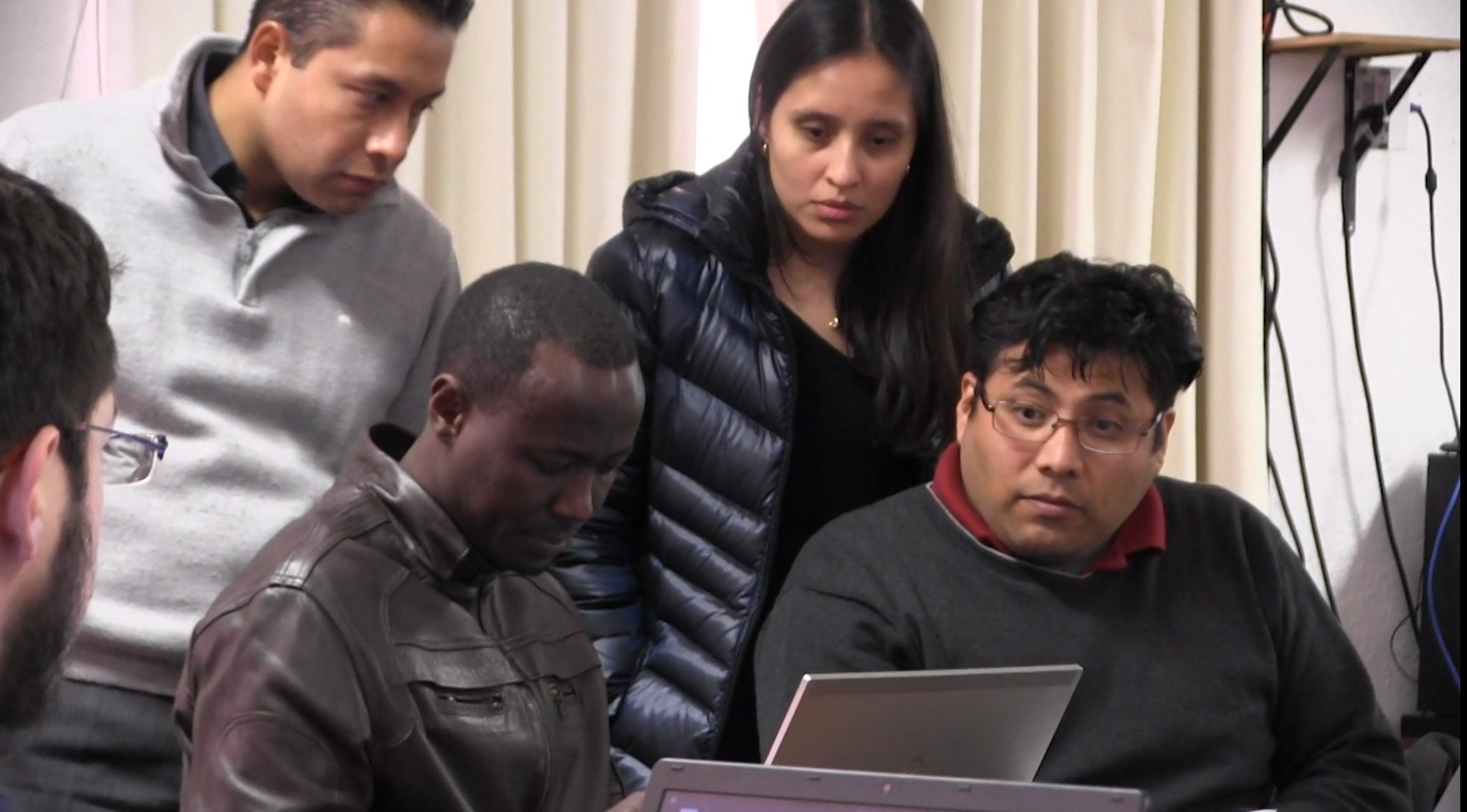 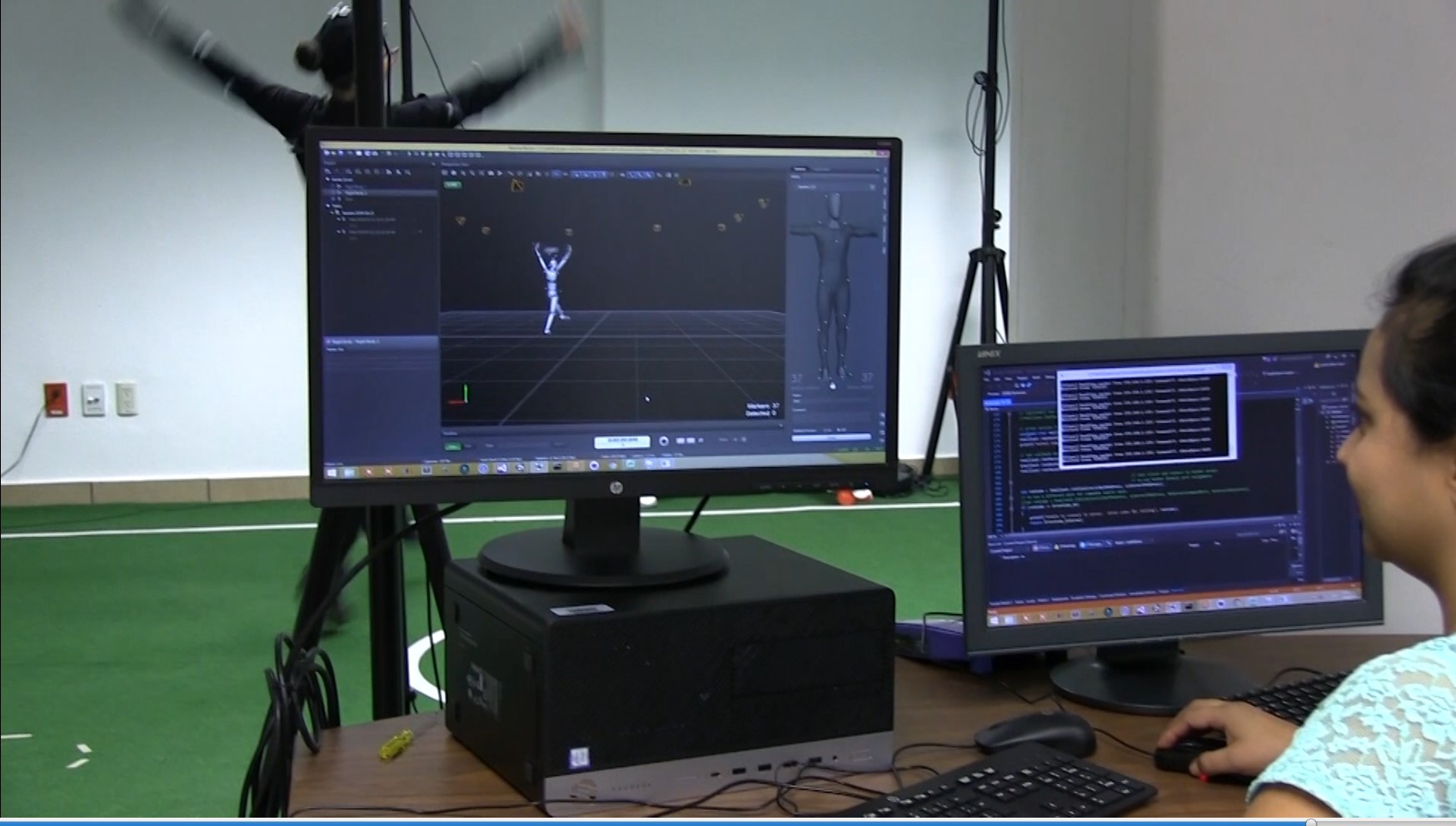 Many of the students who graduate from the undergraduate studies offered jointly by CIMAT and the University of Guanajuato have gone on to pursue their graduate studies and doctorates, or to find work at institutions all over the planet. To see their names, use the map's zoom function to get a closer look and click on the locations shown on the map below (red for graduate studies and blue for doctorates and/or employment) or cast an eye over the list at the foot of the page.

To enhance the development of young scientific talent, CIMAT organizes and takes part in various mathematics and IT competitions with the participation of its undergraduate and graduate students. A joint team from CIMAT and the University of Guanajuato won the 2018 Parameterized Algorithms and Computational Experiments Challenge (PACE) organized by a group of universities from the Netherlands.

Over the years, CIMAT has enhanced its academic environment through the organization of over twenty-five international seminars per year for students and researchers, as well as some forty conferences, workshops and research schools. 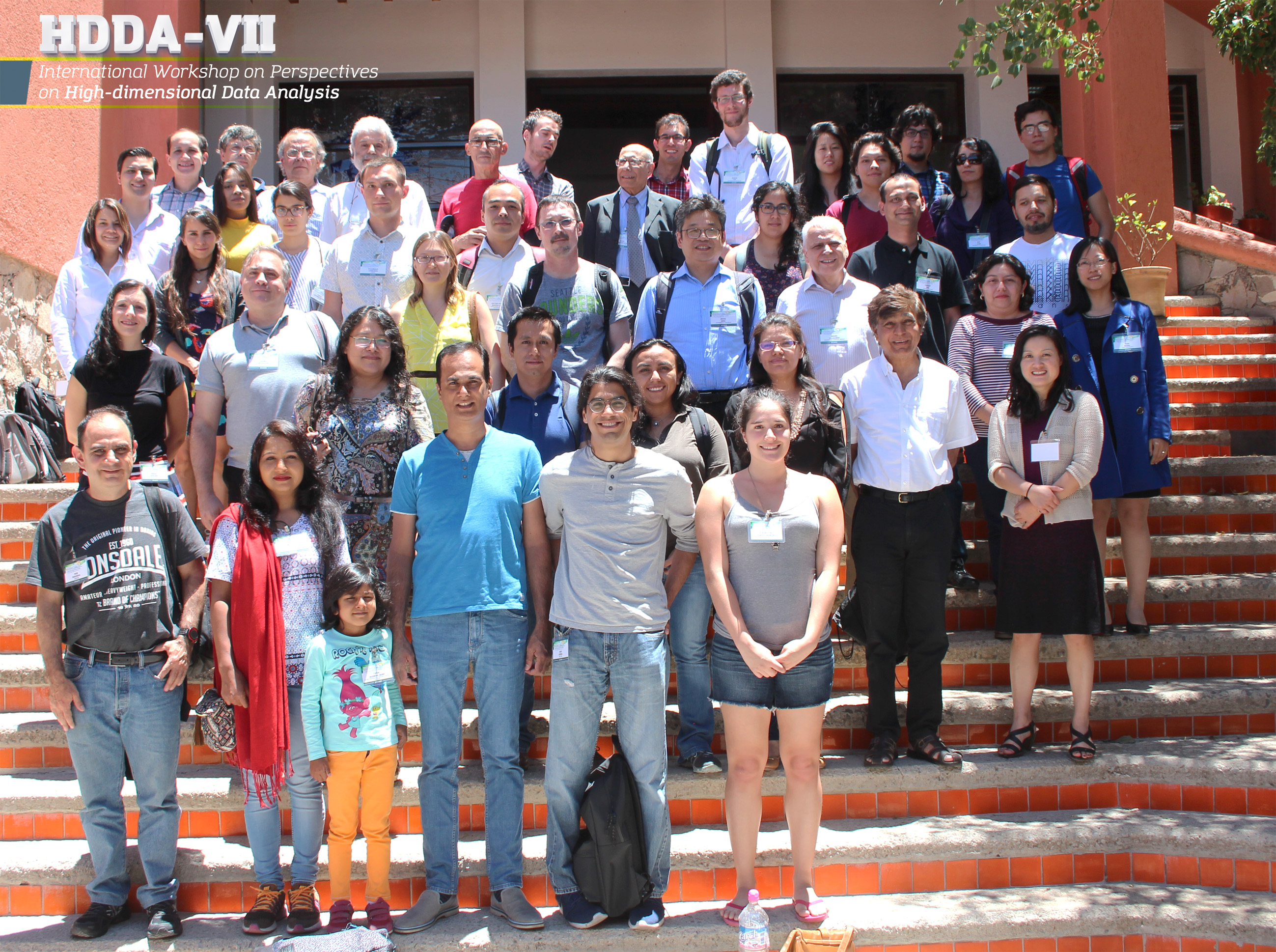 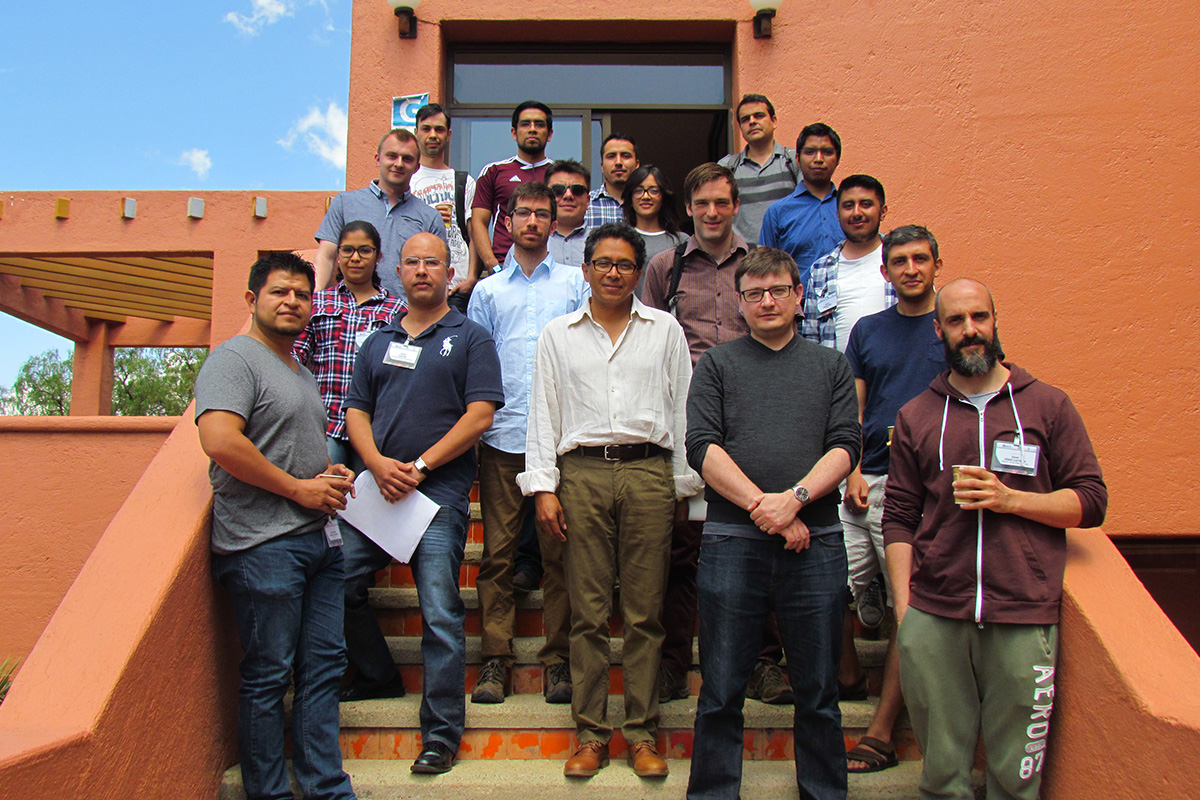 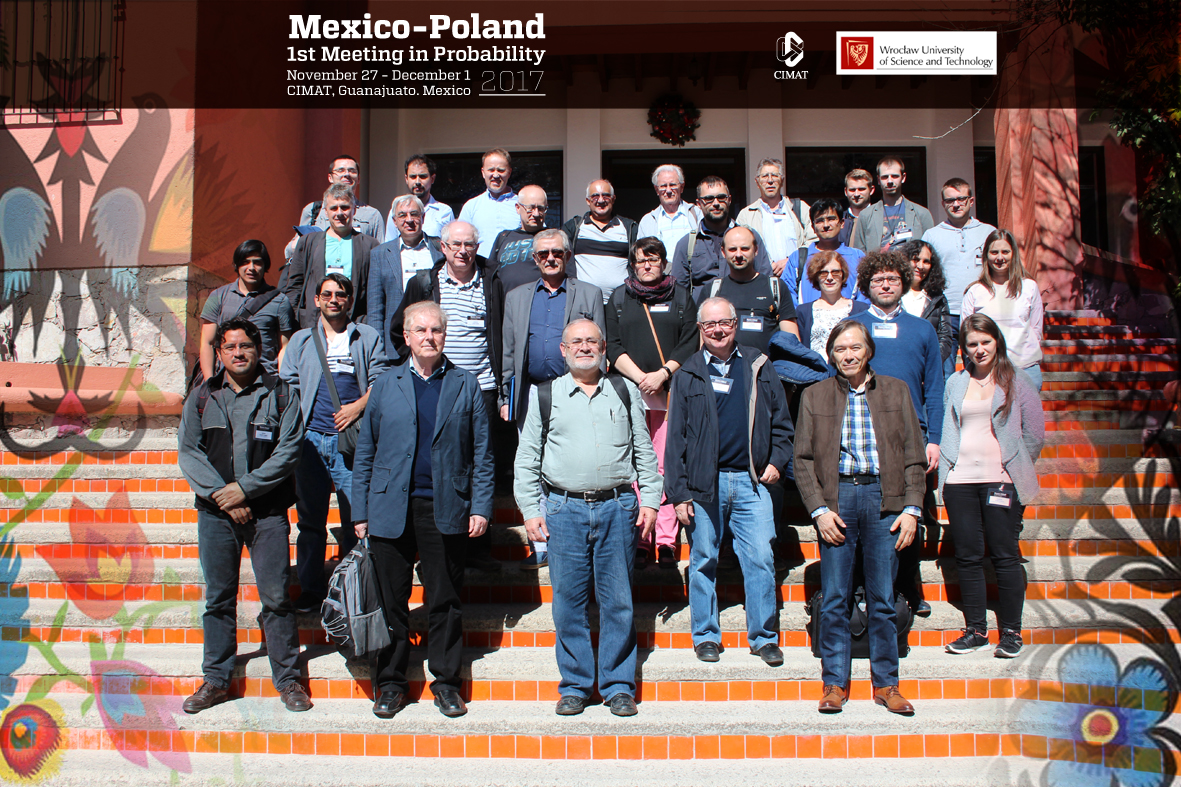 A central mission of CIMAT is to strengthen the public, private and social sectors by means of research projects involving applied research and technological and consulting services, as well as offering training programs and initiatives for the dissemination of mathematical knowledge.

For this reason, CIMAT collaborates on projects of various types with companies, institutions and financial actors in the public, private and academic sectors. The type of work these projects involve include big data, business intelligence, value chain optimization, biomedicine and biostatistics, reliability, modeling and applied industrial mathematics. In these projects, we apply knowledge, techniques and tools that have brought significant strategic, economic, national and even international benefits.

To find out more, go to: https://www.cimat.mx/en/Technological_Solutions_Innovation

Stress Analysis of the Paxtle Tunnel 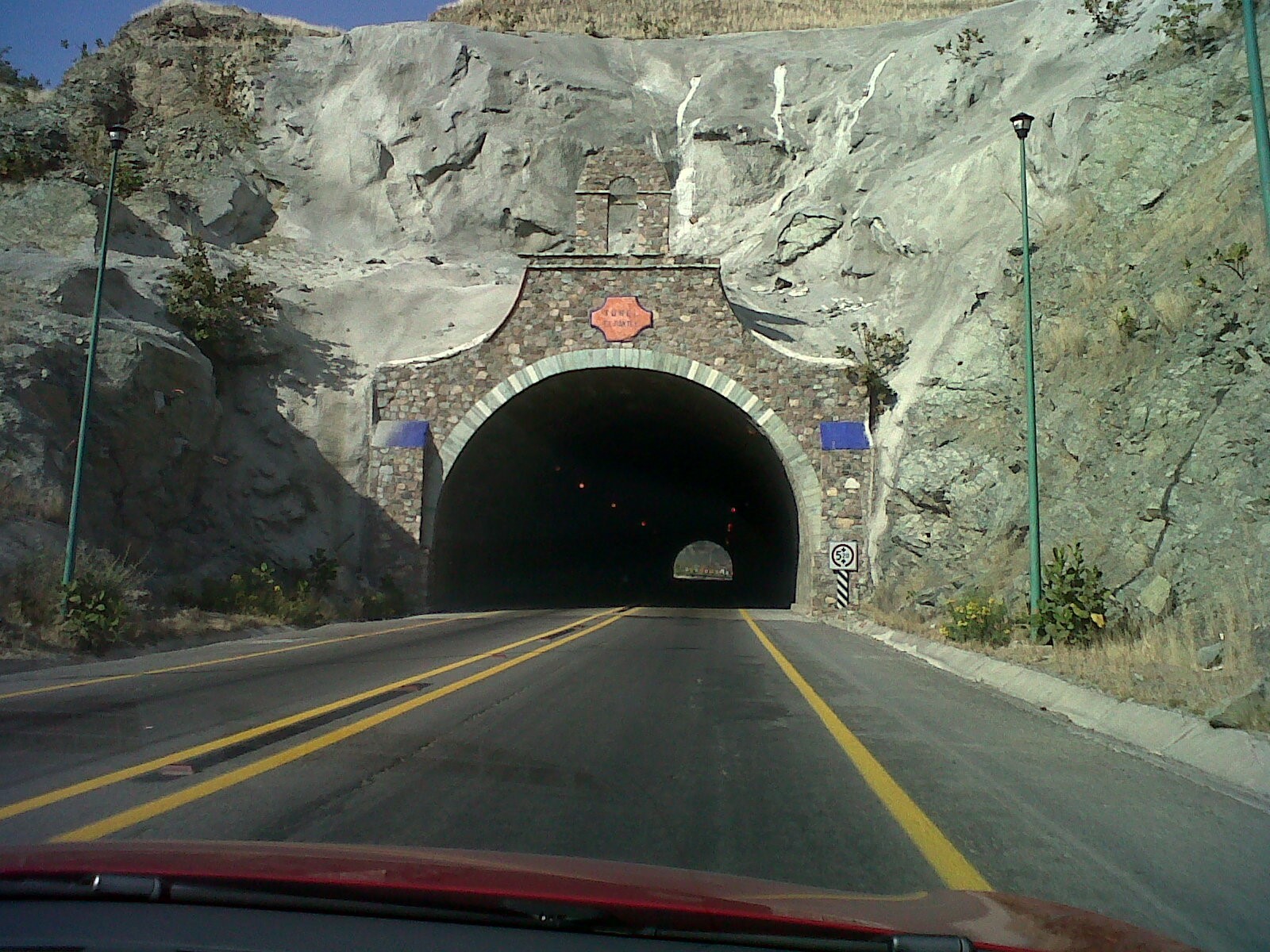 The Paxtle tunnel was a project for the Guanajuato State Ministry of Public Works. The tunnel is located on the Silao-San Felipe highway in Guanajuato, where, prior to its construction, the road links had been circuitous and generally poor. The Paxtle Tunnel had to be dug through a hill that needed to have its structural integrity carefully verified before any construction could be allowed to go foward. Therefore, the state government reached out to CIMAT, which proceeded to coordinate an interdisciplinary group of the state's finest mathematicians, geologists and mining engineers in carrying out a painstaking feasibility analysis and risk assessment, developing a variety of alternative construction approaches based on the application of the finite element method for stress analysis. 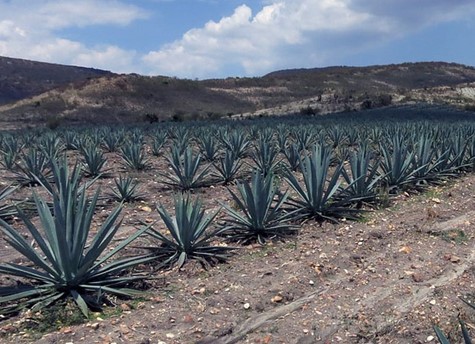 To date CIMAT has worked on nine projects with the Casa Sauza tequila distillery, providing consultation services on statistics, mathematics and software development for solving problems in agribusiness.

These projects won third place in the National Award for Technological Innovation in 2002 from The Mexican Association of Directors of Applied Research and Technological Development (ADIAT).

Thanks to the work of Casa Sauza and CIMAT, many advances have been made in their business practices, including a reduction in growth cycles, monitoring and inventory of agave production within known margins of error, introduction of innovative practices and the application of new knowledge to gain a competitive advantage. 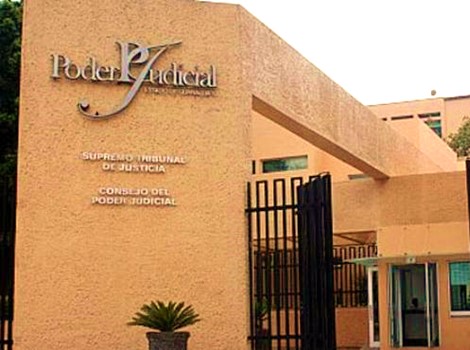 CIMAT developed software for the state judicial system which uses a probabilistic model to predict the flow and types of crimes likely to be seen in courts and judicial tribunals specializing in oral proceedings. The model was implemented in the new criminal justice system which came into force in 2012. In addition, the model also helps estimate the duration of each trial and what resources will be required for the proceedings.

Leading to savings of 60 million pesos in the state's judicial system, it received the Award for Judicial Excellence and Innovation in 2010 at the sixth national assembly of the Mexican Association of Law Enforcers (AMIJ). 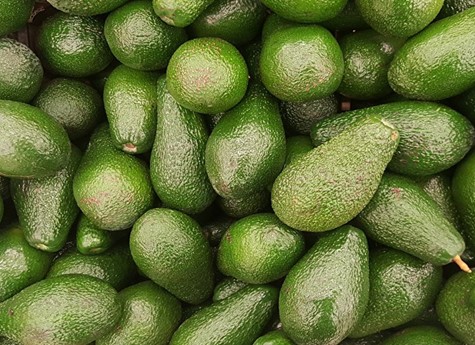 The Corporación Industrial Uruapan, a Mexican company dedicated to the development and design of fruit packing and classification, working in conjunction with the avocado-growing industry, contacted CIMAT with the idea of finding a method of measuring the dry mass of avocados that would not destroy the samples.

The greater part of Mexican avocado production is exported to the United States, whose customs inspections require analysis of the fruit's dry mass. If the percentage of dry mass is below 25 percent, the shipment is automatically rejected, since a high percentage of water signifies poor-quality avocados.

The traditional method for measuring dry mass involves opening the product, weighing it, dehydrating it and weighing it again. However, the method developed by CIMAT employing near-infrared spectroscopy penetrates the fruit’s skin, measures the light reflected back, which depends on the fruit’s composition, and, based on the measurement data, produces a chart that shows the amount of water in the avocado. Thanks to this model of acquisition and interpretation of data designed by CIMAT, it is now possible to implement an industrial solution.

Below is a list of the universities shown on the map further up the page where students have been accepted after successfully graduating from CIMAT, followed by a list of those at which students have gone on to doctoral studies or obtained employment.